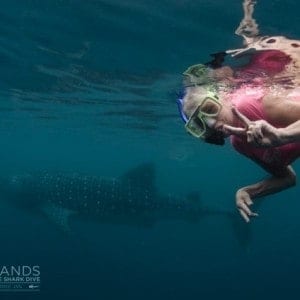 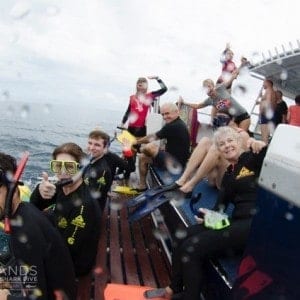 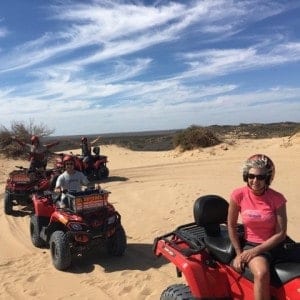 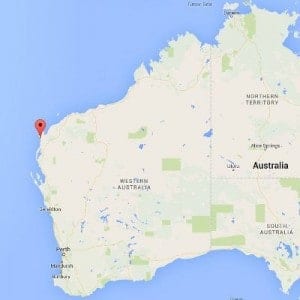 Ningaloo Reef – Swimming with whale sharks
May 2016
By Esther Fraser

Did you know that Ningaloo Reef is one of the only places on the mainland where you can swim straight out to the reef from the beach? In fact within 10 metres you are seeing coral and tropical fish. We spotted reef sharks, swam with turtles, octopus & sting rays.  Quite spectacular and all within a short distance from the beach.

The highlight of our trip to Ningaloo Reef was swimming with the whale sharks. Our boat trip was well organised and so much fun!  Whale sharks are the largest fish in the sea, spectacular to see up close and so pretty and peaceful. They are plankton eaters and have no teeth. They’re a bit like reef sharks, the pussy cats of the sea. We had 4 swims with the whale sharks. Each swim lasted about 10 minutes as you paddle as hard as you can to keep up with them.

Whale shark spotting is seasonal, between April and July. If you are not here at this time you can swim with humpbacks from August to October or you can also take a trip to swim with Manta Rays which are apparently very playful..

We drove 2 hours south to another lovely town which is still on the Ningaloo coast called Coral Bay. Again you are right on the reef and can just swim off the shore.  We experienced quite a spectacular sunset over the Indian Ocean and quad biking over the sand dunes, along sandy paths, and spent a 1/2 hour snorkeling before heading back.

We also had the unique opportunity to visit a Cattle Station called Mia Mia which is 600,000 hectares or approximately 130 km long and 40 km wide is owned by Jim and Lorraine Dorrell. I met Lorraine on the plane to Exmouth and hinted that I would love to see a Cattle Station so they invited us out for the day. It was 2 hours out of our way but certainly worth it, only 12 Kms on a red dirt road from the main highway! We ended up spending 6 hours learning all about life on the land. It’s an amazing education which everyone should experience.

As you can imagine 6 days was not long enough to really explore this area.  I must return!  One of these days I will get to the Kimberley’s. It’s next on my list.. 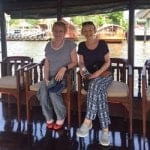 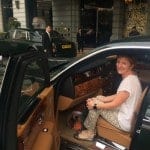